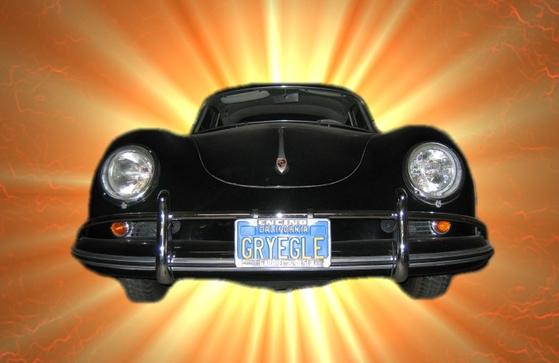 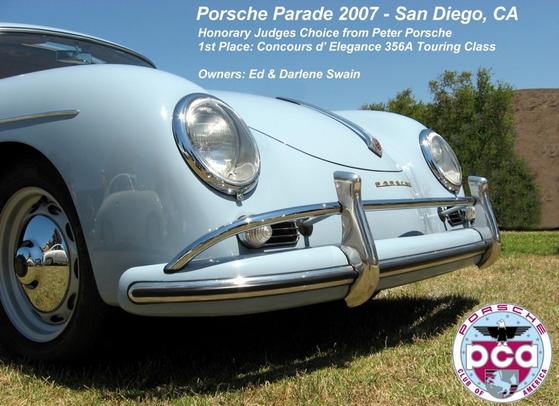 Overrider Bars for your 356 Porsche

My name is Bob Chase and I had my first ride in a Porsche when I was eleven years old.    One day I was looking over the fence admiring my neighbors

'56 cream colored speedster when he called out to

me and asked if I wanted to go for a ride.   Well that

was a one I'll never forget.    Sitting in that bucket seat I could barely see over the door sill and the nose of the car dropped off and all I could see was

the top of the dash.    The engine sounded so good

as I watched him go through the gears and trying  to slide the through as many turns as he could.    We hit some water at the base of my street in Encino and really kicked the back end out.......... I was hooked!     From that time on whenever there was a chance to see a 356 I was there.   I became a Porsche dealership junky in the 60's visiting most

of the ones the San Fernando Valley.    When I

returned home from the Navy in 1971 I bought a

'63 S90 coupe which still own today and finally convinced my dad to buy one too.   After hesitating he bought his first Porsche.......a '59 S coupe which I own today.    He then bought a '59 "D" and a '71 911T Targa which was later leased to the studios for the "Scarecrow and Mrs. King TV series.  He never got that car back because it was driven over a cliff on the last day of shooting.    At that time I had opened a Porsche Repair shop in Reseda which we owned for about twelve years until I accepted a job to build engines for a very well known racing team